Home / News / Sleep & Wellness / Napping is for the week 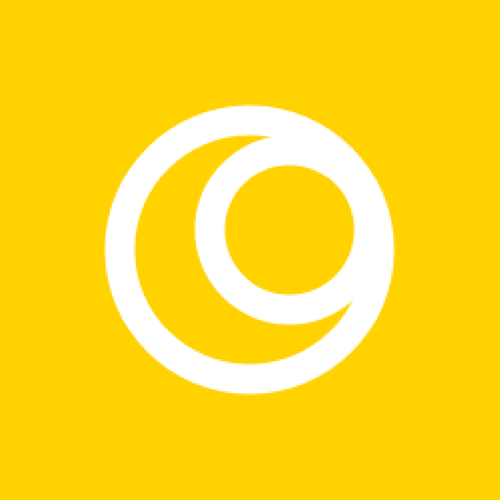 Napping is for the week

For one semester at university, I was unfortunate enough to have a seminar that took place on Thursdays between 1 and 3pm, during which time my professor would frequently comment that it would feel like he was lecturing in a graveyard. I expect this sentiment extends beyond the realms of academia, and to the corporate world as well; observe any boardroom meeting directly after lunch, and you’ll be met with a sea of zombied faces looking back at you.

It’s no surprise that we physically feel a lull in concentration in a post-lunch period, owing to our fuller bellies and subsequently calmer minds. We’ve expended a certain amount of energy up until this point, and it’s only natural we feel ourselves dropping in productivity. This is where science suggests that a quick pick-me-up might be the solution.

Enter: the siesta. A common practice in the Mediterranean countries and parts of Latin America, the siesta is a short nap in the afternoon which puts an end to post-lunch exhaustion by restoring energy levels. The beloved 30-minute powernap is there to increase alertness, memory power, and cognitive abilities.

And where better to implement this delightful phenomenon, than in the heart of London’s briefcase district? Pop & Rest – the brainchild of Colombian medical tourism expert Mauricio Villamizar, and French web entrepreneur Yoann Demont – pays tribute to the powers of the holy powernap, with its PopPods napping zones providing a little escape from hectic corporate lifestyles and social responsibilities.

As a curious sleep enthusiast (not to mention absolutely exhausted individual), I decided to pay Yoann a visit at the PopPods, conveniently located a hop, skip and a jump away from Monument Station in St Magnus House. I was welcomed at a shiny marble-and-glass reception area by the friendliest receptionist, who made me think that chatting with him would be therapeutic enough. But the hush-hush nature of the building’s atmosphere screamed (metaphorically, of course) corporate professionalism and quiet sophistication, making it the ideal setting for a mid-afternoon snooze.

Yoann joined me within minutes of my arrival and ushered me to the comfortable bucket chairs to chat for a few minutes. Inspired by the idea of a mini “home away from home,” he tells me that Pop & Rest is intended to “offer people in large cities peaceful and private spaces that allows them to disconnect from busy spaces such as airports, train stations and workplaces.”

While certainly napping remains its primary priority, the Pods also offer users the chance to catch up on work in a quiet place, meditate or practice yoga – essentially, it’s a space in which people can reclaim their time, energy and focus in whatever manner he or she pleases. This is enhanced by its Japanese-themed design – though not visually and physically – through its dim lights, calming Japanese relaxation tunes (think: monks meditating in the forest) and natural aromas that waft through the pods for the ultimate calming effect. “The aim is just to get people to disconnect a little from the outside world,” Yoann explains.

It was finally time to take my tour, and I was led through carpeted corridors and through a few door breaks, finally to the Pop & Rest napping zone. I opened the door, and lo and behold, I was met with silence and darkness. A small lamp illuminated a front desk through which to check-in, and behind it were a series of oriental room dividers that separated the room into four different Pods. The walls were lined with dark, cushiony material (“to absorb the noise”), and there was a clean smell that reminded me of peppermint that made its way to my nose. While I didn’t hear any music in that moment, I did hear a few gentle snores: a good sign, in my eyes (and ears).

Inside the pod itself was a single, agreeably plush bed done up in smooth, white and dark blue sheets, with a bedside table next to it holding another small desk light, some eye-masks and earplugs, and some cheeky-looking cacti for décor. There was also a small pamphlet for tips on how to use the space to its fullest, but it strikes me that those who’ve booked in advance have already come with the agenda of napping.

Small and utilitarian were words that came to mind, but what else is one to expect of a napping station that people use for an hour on average? And by no means are these descriptors meant to paint a negative image; its cosiness and insulating design serve the ultimate purpose of a fabulous nap, and what more does one need for slumber than a bed, silence and darkness?

Apparently more, according to Yoann, who tells me that there is access to shower stalls, and cups of tea or coffee and a piece of fruit to gently ease nappers out of their lull. If this doesn’t define convenience and luxury, I’m not sure what will.

What, however, surprised me is the flexibility of these PopPods. Despite both of us assuming that the most popular time would be between noon and 2pm, Yoann confirms that he has bookings all through the day. “We have a lot of travellers, especially from the USA and Asia, so I’ve got people booking at 3pm, 6pm, 8pm – because it all depends on their flights. They’re looking for a place to relax before diving into their meetings and activities, and we provide them with that place to just wind down,” he claims, further noting that their opening hours are 8am to 8pm.

And while their current location is a stone’s throw away from the busy financial and corporate district, the guys behind Pop & Rest are in the process of developing a new product that will allow them to expand to multiple locations across London. I couldn’t quite squeeze any further details out of Yoann, but he assures me that this will really revolutionise the napping phenomenon to make it more accessible and plausible for more and more people.

It goes without saying that they have a swanky website, but the development of an app is also on its way, meaning that it’ll be even easier to book their services on the go, though walk-ins are also an option depending on availability. “We do live in a digital world, after all.”

We’ve seen it on the news, read it in enough articles, and heard about it through word of mouth, but it really is no surprise that persistently sleeping poorly, or for the less than the recommended eight hours a night, is detrimental to our physical and emotional health. Here at myza, we think the Pop & Rest fellas are doing a fine job of helping us reassess our sleeping habits and priorities, and provide us with a space to reclaim our lost sleep for better health.

Pop & Rest, in partnership with Space Made Easy, starts from £9 for 30mins. Check out their website here for further details.