Chronic snoozers out there, be warned! The snooze button may be doing you more harm than good.

The majority of us are accustomed to setting an alarm before we turn in for the night. After all, we are under societal pressures to be on time for work, and we can’t make any guarantees that our circadian rhythms (our natural body clocks) will wake us up at the right time. Especially when the days are shorter and it’s hard to differentiate between night and morning in the ~8am darkness, using an alarm clock is almost a professional must.

However, we’d be lying if we didn’t admit that the majority are also guilty of battering the snooze function. For some of us, slamming our fingers on the snooze button is a mere matter of muscle memory; I speak from experience when I say that the movement so instinctive, that I almost forget that the point of the nine-minute break is to give us a few extra waking moments in bed to mentally prepare ourselves for the day ahead of us.

What unfortunately seems to be the case (more often than not), is that we promptly fall back asleep once we’ve hit the button. And therein lies the inherent danger.

According to Professor Matthew Walker, of University of California’s Centre for Human Sleep Science neuroscience department, the sound of an alarm shocks us awake by inciting activity from the fight-or-flight region of our nervous systems. A study, published in Industrial Health in 2005, suggests that this causes a significant increase in blood pressure and heart rate, and is basically a form of “cardiovascular assault”. 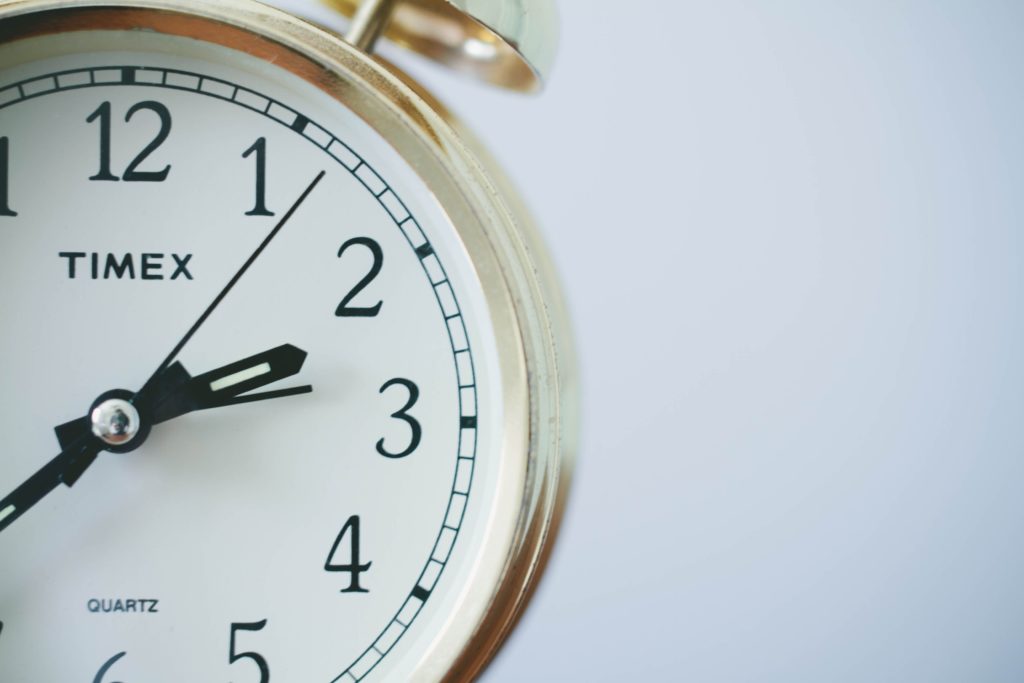 And can you imagine abusing your heart in such a manner, three or more times in the span of half an hour, five days a week, just to get yourself out of bed?

A YouGov Omnibus survey indicates that 58% of people, aged 35 and below, hit the snooze function, with up to 25% hitting the button a minimum of three times before getting out of bed in the morning. This is in comparison to the disciplined 32% who admit to getting out of bed like robots the moment their alarms go off. Just 8% of under-35s don’t set an alarm at all! Whether this is a result of lazy behaviour or a genuine lack of need, we will never know.

What the survey further finds is that, of people aged 55 and over, only 18% used the snooze function, with 44% avoiding the snooze all together, and 38% who don’t believe in the use of an alarm at all. It is, however, implied that this is a result of the age group belonging to many retirees and pensioners, who no longer need to wake at certain times to get to work.

And though we also know that our bodies and sleeping habits change with age, it’s probably worth knowing how to save our hearts at a younger age, without damaging it due to the repeated use of an alarm clock, of all things.

Walker cautions us against the use of an alarm at all as it disrupts the body’s natural preparation for waking by wrenching us away from the restorative section of deep sleep. But if we must use one, steer clear of the snooze button and wake up immediately. Place the alarm a distance away from the bed, so that more movement is required to turn the alarm off, thus waking us up properly in the process. He even suggests that getting out of bed at a constant time everyday (weekends included) will help regulate the waking time, making the alarm less alarming (pun intended) and more redundant as time goes on.

Sleep tech, in the form of apps that track your sleep and gently wake you up at your optimum time, or gadgets like the Ruggie, which force users to stand for a certain amount of time to turn off the alarm, may also be instrumental in removing the snooze factor in the waking process.

At the end of the day, there’s plenty of advice we can give you, and a plethora of gadgets and methods you can turn to, to avoid the dreaded snooze. OR perhaps it’s all just down to willpower, and you could just be disciplined and get out of bed without a fuss?