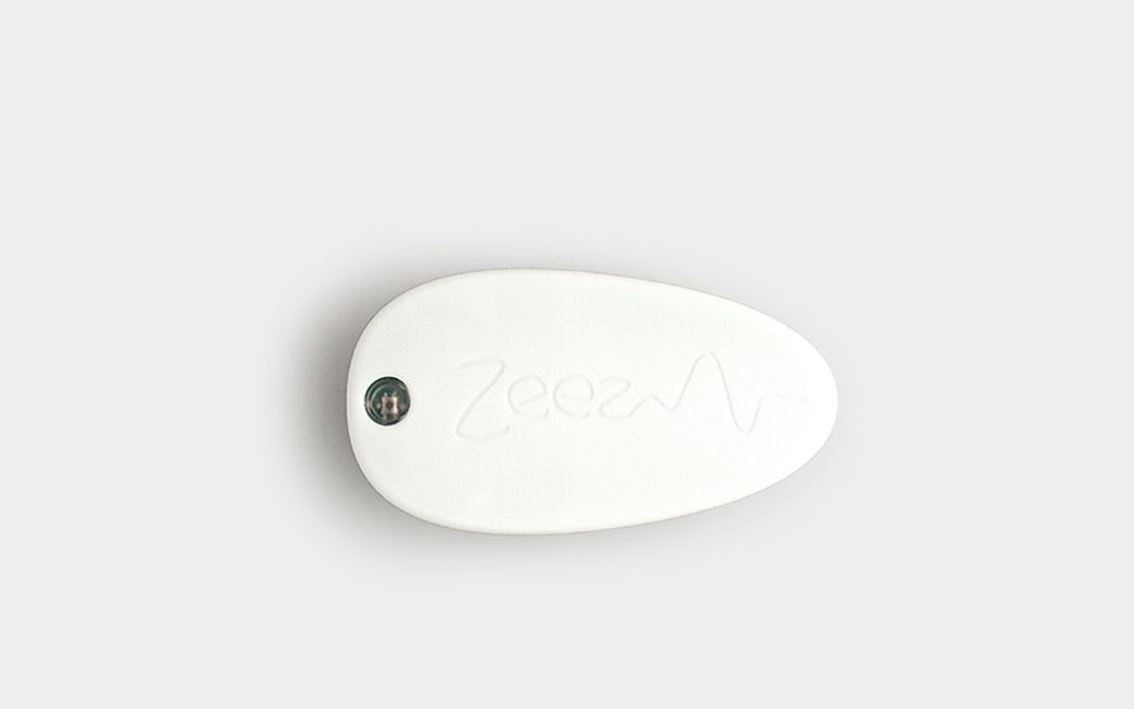 Is A Good Brainwave Pattern, The Secret To A Goodnight’s Sleep?

We all know that sleep is one of the most important things for our health. Go without, and you raise your risk of a list of medical issues. There are many gadgets hitting the sleep tech market – companies from across the globe are clamouring to gain our attention and test out the latest in sleep technology, and at myza we are constantly on the lookout for products which will help those of you with sleep issues, fall asleep faster and sleep better, looking at the evidence behind them.

When I was asked to trial the Zeez Sleep Pebble I was intrigued because not only does it come with glowing testimonials, but it is also quite unique, being the only sleep device to use brainwave patterns to prompt good sleep, right through the night. It’s designed to help you fall asleep, stay asleep, and sleep deeply, so that you wake up completely rested and refreshed. Tests of the Zeez Sleep Pebble seem convincing; 79% of users who had issues with sleep found they slept longer, woke less, and felt more energetic during the day. A case series study carried out by Plymouth University Hospital with people suffering with Parkinson’s has also proved to be a success, and further studies are now underway.

The Zeez Sleep Pebble is the creation of Steve Walpole and Anna McKay. In 1979 Steve one of IBM’s top engineers had a car crash, leaving him suffering with severe migraines. When brain scans showed that frequencies normally generated by the brain’s frontal lobes were missing, Steve created a device that could safely reintroduce those missing frequencies, using very weak electrical fields to strengthen natural brain activity, and consequently his migraines ceased. He was persuaded by Anna to work with her and together they developed and tested the Zeez Sleep Pebble.

So how does the Zeez Sleep Pebble actually work? It addresses one of the major causes of poor sleep, a brain which will not slow down. We’ve all been there; your mind starts racing as soon as your head hits the pillow. You’re desperate to sleep except your brain’s decides to play all your worries on a never-ending loop. Anyone who has ever experienced insomnia will know how hellish this can be.

When we sleep well, areas of the brain that generate very slow frequencies are activated whereas a poor sleeper’s brain activity is dominated by higher-frequency signals associated with light sleep. The Zeez Sleep Pebble emits an extremely low power electromagnetic signal at similar frequencies to those generated by the by the brain of a good sleeper during relaxation and four sleep cycles of deep restorative sleep, coaxing you out of bad sleep patterns into good ones. It generally takes users around five to seven days to follow the good sleep pattern although some users will respond faster, others will take a month or occasionally longer.

What I particularly loved about the Zeez Sleep Pebble is that it’s so straightforward to use. There is no app involved and no complicated instructions – the last thing one needs late at night. You simply press a button and put it under your pillow. As the device is very streamline, about six inches in length and quite flat you’re not conscious of it being there. As soon as it is switched on, it starts to produce the alpha frequency that mimics the brainwaves of ‘a good sleeper’. It’s very low power so will not work if there are other devices switched on in the room, you therefore need to ensure all devices are switched off before placing it under your pillow. The device requires charging every three days using an USB socket.

If the device does not appear to be working for you, Anna explains that this may stem from a low mineral level in your body. Dietary deficiencies should be addressed as positive results have often been achieved once mineral levels, particularly magnesium is topped up. In a few cases the frequencies chosen for the device may not work for a particular individual.

I have now been using the device for six weeks. Initially, I found it difficult to detect any improvement in my sleep pattern, I was still struggling with falling off to sleep and then having finally drifted off, waking in the early hours of the morning with my mind racing. However, my perseverance paid off and three weeks in. I found myself getting off to sleep more quickly, slept more deeply and although on occasions I still woke during the night, I found it much easier to get back to sleep quickly, no longer lying there tossing and turning for hours on end. Consequently, I woke feeling much more refreshed and had much more energy during the day. The Zeez Sleep Pebble has been described as a “revolutionary sleep device” by the media and for those of you suffering with sleep issues, it could provide you with the perfect solution .