If you have persistent trouble sleeping, it’s definitely worth considering that ‘blue light’ from your digital devices may be to blame. So why could this be the case? Sunlight is the main source of blue light but there are also many man-made, indoor sources of blue light, most notably, the display screens of our computers, smartphones and other digital devices which also emit significant amounts of blue light. Although the amount of blue light emitted by these devices is a fraction of that emitted by the sun, the amount of time spent by most of us in using these devices and the proximity of these screens to our faces has many health care professionals concerned about possible long-term effects of blue light on our health particularly our sleep.

Our light exposure between when the sun sets, and the sun rises, is regarded as a principal cause of sleep deficiency today. Whilst that includes artificial light of all kinds, it’s light from electronic devices that emit blue light that is particularly problematic for sleep. The reason being that we all have an approximately 24-hour internal clock known as a circadian rhythm that, among other things, helps determine when we feel sleepy and when we feel awake. Light and darkness regulate this rhythm, triggering the release of a hormone called melatonin that serves as a cue for sleep. Light is a stimulant. When blue-sensitive receptors in our eyes are first exposed to light in the morning, this messages our brain to shut off the production of melatonin. As darkness falls at night, our brains start to produce melatonin again, theoretically a couple of hours before we fall asleep. However, when it’s dark outside but light indoors, it confuses this system and can slow down the release of melatonin, making it harder to fall and stay asleep. 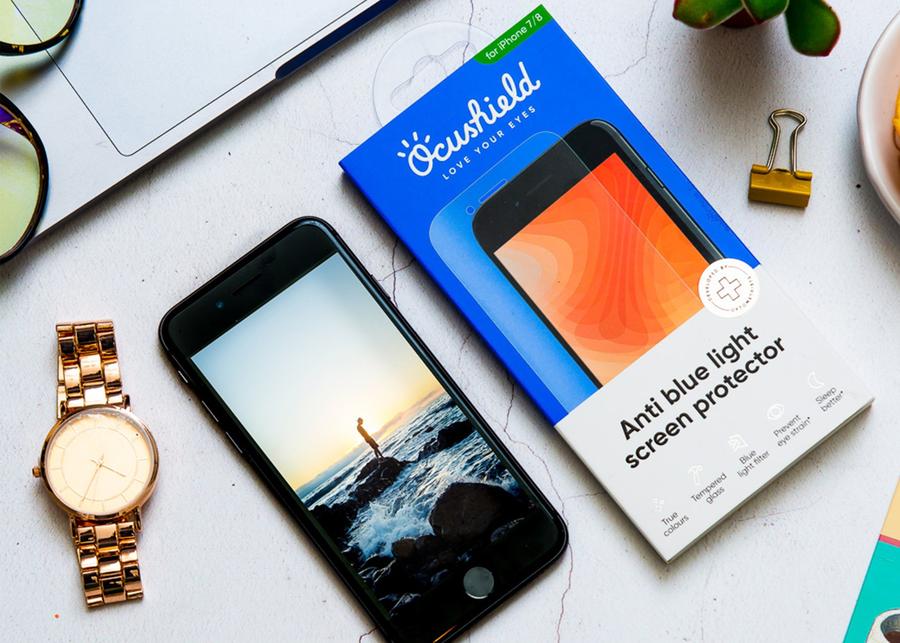 Blue wavelengths—which are beneficial during the day because they boost attention, reaction times, and mood—seem to be the most disruptive at night because they suppress the production of melatonin more than any other type of light, which is why bright lights from tablets, phones, and other LED-lit devices have a particularly adverse effect on sleep. An off-kilter circadian cycle not only makes it hard to get enough sleep, but research shows that it may also increases the risk or various cancers and other diseases.

Limiting blue light exposure at night can therefore help improve sleep. Ideally, experts say, you should shut down all screens at least an hour, if not two hours, before bed. However, even if you know that looking at a phone, tablet or computer screen at night is bad for your sleep, it’s hard to stop. If like me you are using your phone constantly — especially for texting, emailing and web browsing — a convenient and effective way to reduce your blue light exposure is to use a blue light filter. So, I was very keen to trial Ocushield anti-blue light screen protector on my iPhone.

Developed by a team of optometrists and sleep therapists, Ocushield is impressively, the only medically rated blue light blocking screen protector on the market. It’s designed for use on a smartphone (iPhone and Samsung) or tablets to filter out up to 90% of harmful blue light (between 400 to 470nm (up to 39%) emitted from these devices from reaching your eyes, but without affecting the visibility of the display, resulting in a better night’s sleep. The screens are also intended to reduce digital eye strain and as someone who is using digital devices constantly in my work – throughout the day and up until lights out – I’m very aware that my eyes often ache and feel extremely dry. Made with super-strong thin tempered glass, it also protects your device’s screen from cracks and scratches, ideal for those who constantly drop their smartphone! 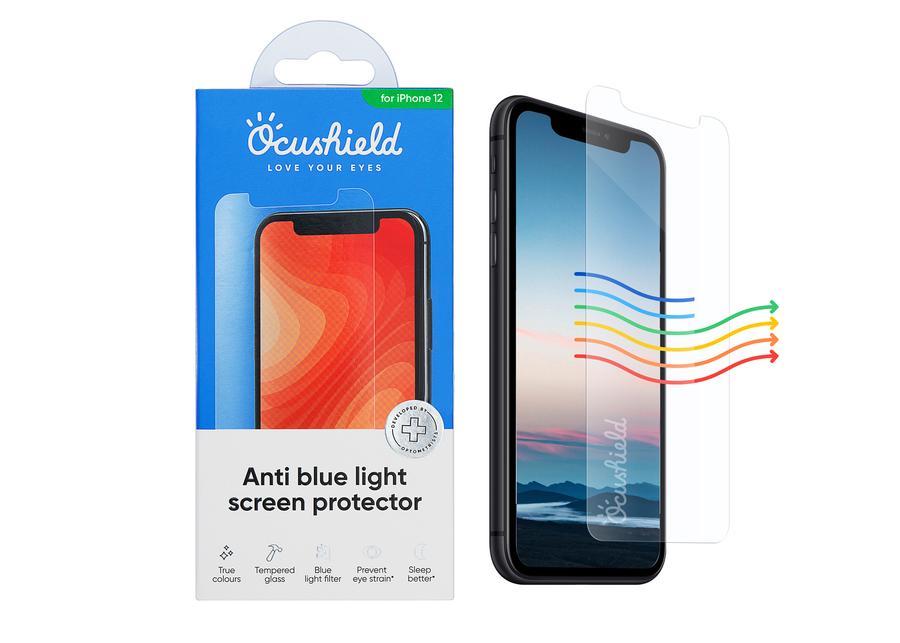 I found the screen protector extremely easy to use on my iPhone, with its cleverly designed installation tray preventing any slip-up. Once in place, although it selectively filters out the blue light wavelength, importantly, the screen colour remains unchanged with images remaining clear. I’ve now been using the screen protector for two weeks and whilst my use of my iPhone at night has not diminished, my eyes feel less strained and fatigued. I also feel more relaxed about using my iPhone at night by knowing that my exposure to blue light has been reduced and my sleep will not be impacted as a consequence – I have in fact been sleeping more soundly since starting to use the screen.

We’re all using digital devices more than ever at night and for those of us unable, or unwilling, to cut back on such use, I would definitely recommend Ocushield as an effective means of cutting out harmful blue light transmittance to result in a better night’s sleep.