The Folklore of British Botanical Oils

The healing properties of natural plant oils have been used in blessings and anointing rituals for thousands of years, and the growing popularity of face and body oils shows that they are just as sought after today. Skincare creators are rediscovering the folklore behind these ancient ingredients and combining this wisdom with the modern benefits of natural oils.

Lifts mood, lowers stress, regulates sleep
These daisy-like flowers with their soft, earthy scent are one of the oldest and most trusted herbs to heal and soothe. To the Anglo Saxons, chamomile was one of the nine sacred herbs and it was an essential plant in monastery gardens. It has long held associations with unification, protection, sleep and meditation. Chamomile plants near windows and doors were said to guard the home against evil spirits and washing one’s hand in chamomile water was believed to attract wealth. Often used in traditional blessings, newborn babies were bathed in chamomile water and the flowers were sewn into pillows to promote drowsiness and peaceful sleep.

Skin repairing, nourishing, anti inflammatory
Also known as ‘Starflower’, borage was traditionally believed to bring courage to the heart and drive away sadness; medieval knights wore scarves embroidered with these flowers and Victorian women added borage petals to wine to lift the spirit, and borage is one of the best crops for Britain’s precious bees. Borage oil has been praised as a wonder oil for it’s uniquely high levels of gamma linolenic fatty acids (GLAs) – one of the most effective agents for maintaining healthy, radiant skin. With it’s silken feel and nourishing properties, borage seed oil a saviour for dry skin and boosts natural moisture barriers. 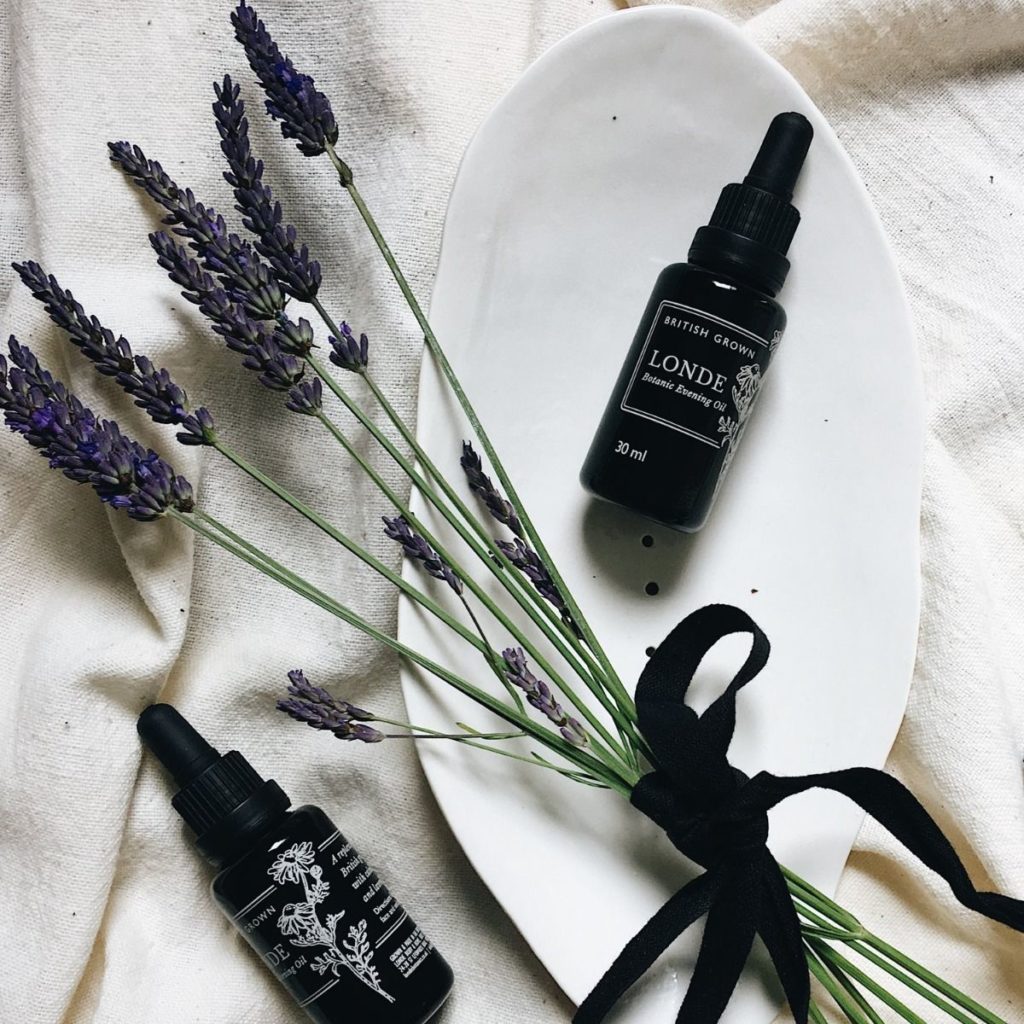 Concentration & memory, stress relief, mood enhancing
Rosemary (Rose of Mary) is sacred to remembrance, friendship and protection. During the Middle Ages, rosemary was believed to remove negativity and cleanse sacred spaces. Rosemary traditionally adorned bridal bouquets and sprigs of rosemary were given to wedding guests as a token of remembrance. Research has shown that the aroma from rosemary can improve concentration, performance, speed, and accuracy and mood.

Relieves stress and anxiety, promotes sleep, skin healing.
Lavender was first traded into England by the Romans (the word lavare is Roman for bathe) and references to this pretty, fragrant plant can be found throughout history; when Adam & Eve left Eden they took lavender with them, Cleopatra used lavender in her famous seductions and Tudor girls drank lavender tea to help them see their future husbands. In Elizabethan England, lavender was thought to be an aphrodisiac, a way to keep lovers faithful and to soothe broken hearts. It was placed under mattresses for marital passion and lavender under a pillow was said to bring dreams of true love. The calming and relaxing properties of lavender are thanks to a potent compound called linalool which, unlike many other plants, must be smelled to be effective.