AYO Review – Shining a blue-light on the future

“Revolutionary technology based on Nobel Prize-winning mechanisms that help you sleep better.” It’s not everyday you find yourself reviewing a product with a description like that.

Then again, the AYO is far from an ‘everyday’ product.

A blue-light emitting wearable, controlled and customised using the wonderfully-simple goAYO App (for iOS and Android), the AYO suggests it can do three things:

But of all these things, would it help me achieve high-quality sleep? 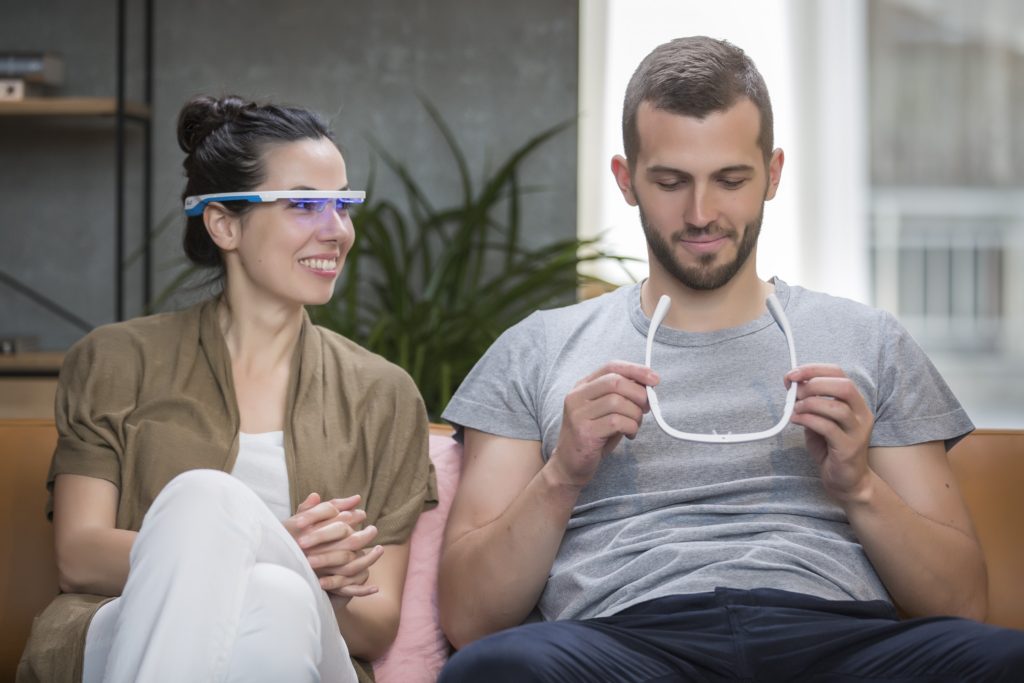 To do this, the AYO relies upon its usage of blue-light.

Blue-light has received quite a bit of press – both negative and positive – in recent years, as our understanding of different wavelengths’ effects on human physiology and sleep has dramatically increased. For instance, as a short-wavelength light emitted by devices such as smartphones and laptop screens, blue-light has been shown to delay the release of the sleep hormone melatonin, the hormone responsible for inducing sleepiness in humans. The suggestion therefore, that blue-light could somehow be used to improve rather than hinder my sleep initially confused me.

Upon opening the box, I was immediately greeted by what could easily be mistaken for a somewhat larger-than-usual medicine capsule. However, rather than merely part of the packaging, I soon realised that this was the AYO’s charging dock, and indeed, the AYO’s home (when it’s not on your face of course). As a result, rather than having to charge your wearables in the open, making them vulnerable to damage and so forth, you charge your AYO whilst it’s housed in its capsule. 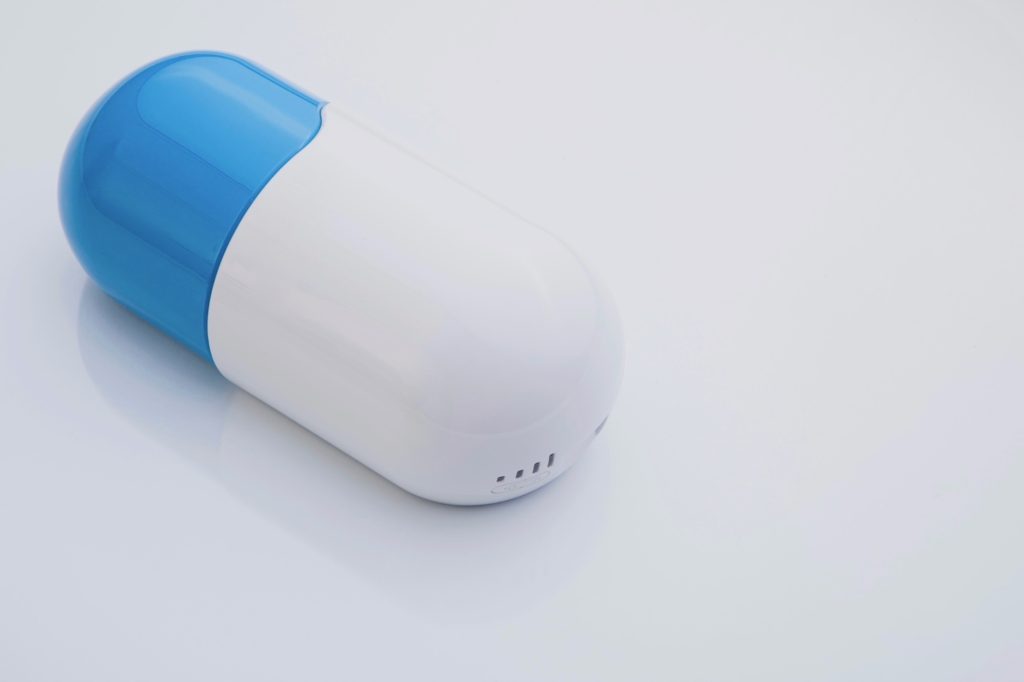 This came as a very welcomed surprise to someone such as myself. In an age when you can pay as much as £1000 for a mobile smartphone, and still be left without a case or travelling bag for your device, AYO’s attention to their consumers’ needs is massively appreciated. High-quality, wonderfully-styled, and beyond practical, the case is perfect.

To be clear – the wearables are not identical to a pair of glasses. For example, rather than covering the entirety of your eyes, there is but a sliver of glass beneath each upper-rim of the wearables. From here, the gentle blue-light is emitted, allowing you to wear the device when you’re walking to the station, working in the office, or even getting changed in the morning.

Comfortable and easy-to-wear, I was admittedly stared at quite a bit when I began wearing the device on the street/around the office/at home. However, rather than due to my slightly eccentric dress-sense or the AYO’s unconventional appearance, this as I later found out, derived primarily from an intense interest in the effect of blue-light. So many it seemed, had heard something about the possibility of blue-light enhancing your mood or regulating your sleeping patterns, and they simply wanted to know whether the AYO was simply a gimmick, or did it do each of the three things listed above? 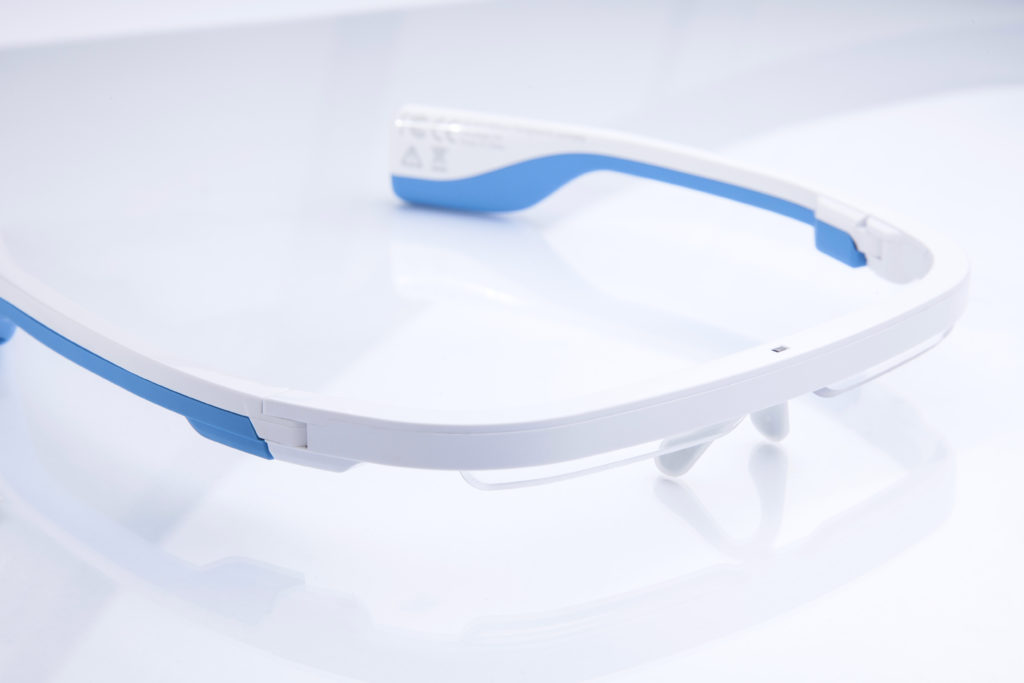 Well, I can tell you now, that after using it extensively for two weeks, and following the advice/programs uniquely styled to each user offered by the goAYO app, I now sleep better – more consistently and more deeply – as well as possess more energy when I most desperately need it during the day.

The goAYO app is easy to use, and includes a number of programs that are customisable and succinctly explained at appropriate stages throughout the app. Arguably the most useful of these programs is the CHRONOFIT, which after you have entered your ‘sleep’ and ‘wake’ times for the work-week and weekend, calculates your ‘Social Jet Lag – the extent to which your biological clock is out-of-sync with your daily sleep schedule. Once activated, the goAYO app syncs with your calendar, reminding you each morning to use the AYO at specific times after your desired wake-up.

Not only did this allow me to initially get used to the AYO, wearing it whilst I was getting ready for work each morning, but also allowed me to experience the full power of blue-light. Using the AYO after first waking up, I  experienced first-hand the impact that blue-light could have upon my wakefulness. And, within a period of only five days, I had gone from a repeat ‘SNOOZE’ button offender, to a morning person. An actual morning person! 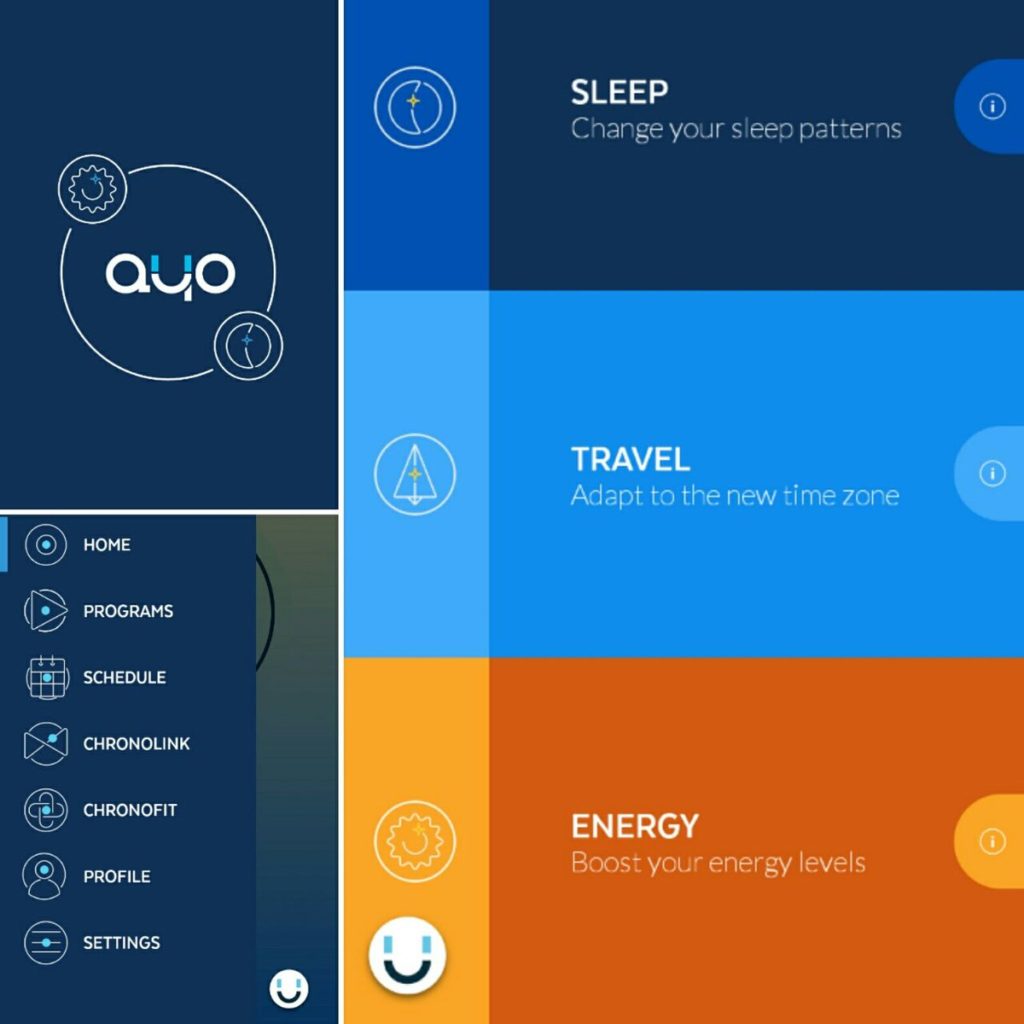 AYO isn’t alone in manufacturing blue-light emitting wearables. And as we continue to learn more about the possible advantages/disadvantages of different light wavelengths, we can only look forward to what the future will have to offer, in the form of wearables.

But, for the time being, the AYO is seemingly in a class of its own.

Saying that however, it got me thinking: is the AYO for everybody? How much you receive from using the AYO for example, largely depends upon how much time and effort you are willing to put in. If you’re unlikely to follow the CHRONOFIT instructions, and ignore the early morning reminders to use your AYO, you will inevitably fail in your attempt to reduce your Social Jet Lag. What’s more, despite personally finding the AYO easy to use whilst working, and a rather stylish addition to my wardrobe, some may struggle to wear the AYO, particularly in public. And if so, this will only prevent you from maximising the AYO’s potential to lift your mood, improve your sleep, and enhance your energy. Purchasing the AYO in other words, is only the beginning. 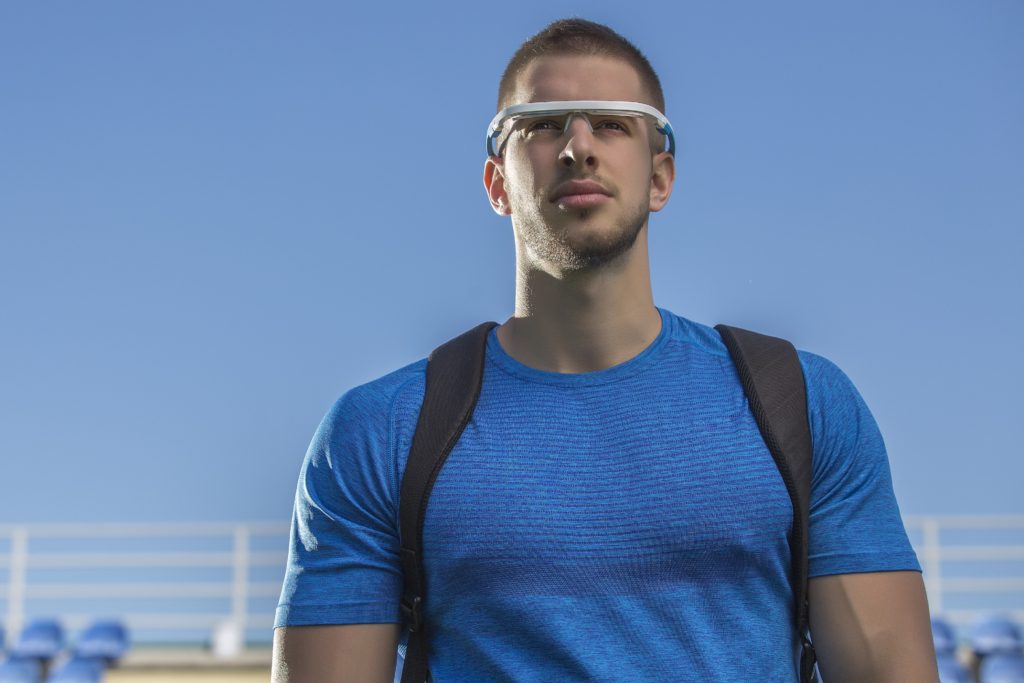 But to those who think the cost is too much, I would ask you to think about all that you could potentially gain from using the AYO. Perhaps you’re a regular coffee drinker, contributing to the £730 million that Brits spend on coffee every year. Imagine however, if you were no longer solely reliant upon coffee for your energy boost in the mid-afternoon? How much do you think you would save, no longer relying upon your daily trip to Starbucks etc. to wake you up?

With the AYO, the need for a caffeine-boost in the morning, afternoon or evening all-but-disappears, together with the inevitable caffeine-crash two hours later. In fact, by the end of the two weeks trial, I found myself consuming as little as one cup of coffee per day (rather than the usual six).

In that sense, the AYO is an investment, but a potentially life-changing one, which can honestly make you sleep more consistently, work more effectively and (presumably) travel more efficiently. Soon to travel to the US, I look forward to testing out the latter very soon.

*For a limited time only myza are offering a 10% discount when you buy an AYO. Enter ayo10 at the checkout to claim your discount.